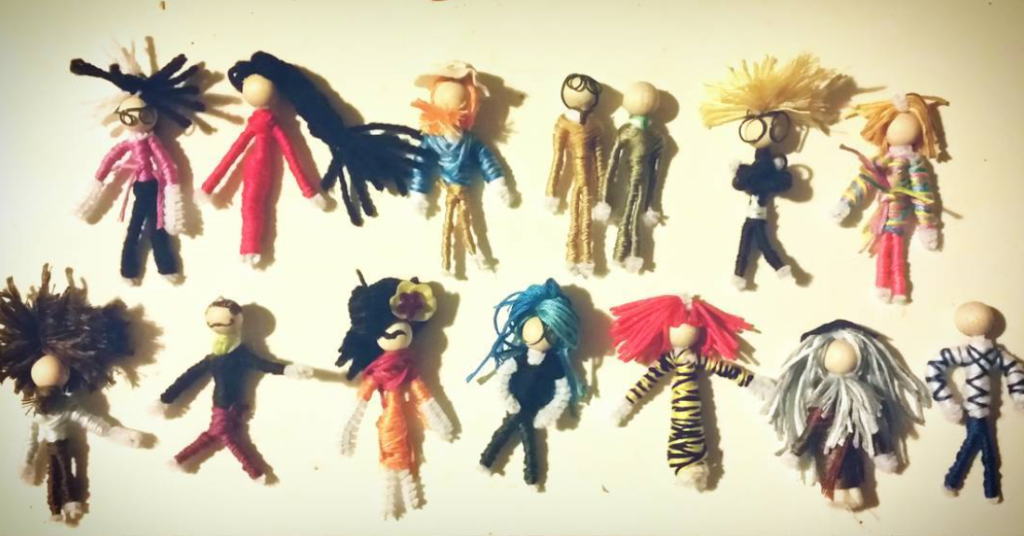 Since I’ve recently invented a time-machine and I’ve done the usual time-touristy things (learnt how they built the pyramids, listened to Plato at The Lyceum and partied on V-Day), I think I might plan another tea party.

The one last week with great figures and historical minds was truly fascinating; I had the likes of Isaac Newton, Leonardo Da Vinci, Artaud Brecht, Carl Jung, all of the Monty Pythons, Sun Tzu etc over at the Hanging Gardens of Babylon for a spot of tea and scones. Incidentally, and for future reference, I also discovered that there’s a little place on the outskirts of 1860s York that makes the best crumpets – definitely worth visit if you’re ever in that neck of that inter-temporal dimension.

It was a really interesting evening of meaningful critical debate and the exploration of surprisingly contemporary ideas (I mean, you should’ve seen Aristotle and Emmeline Pankhurst arguing over the concept of working single mothers!) before a hilarious game of absinthe-fuelled Twister and dancing to banging mash-ups involving David Bowie, Vivaldi and Shakespeare rapping verse. Moreover, I never imagined believing that Edgar Allan Poe knew how to party!!

I think I’ve ironed out the logistics now – we pick a great venue in a great time period before picking people up en route. And note-to-self – I need to improve the inbuilt translator transmitter before the next shindig as there were some very embarrassing misunderstandings!

I’m planning on inviting artists to this one as: I’d love to discover more about their artistic processes and practice, if all that we know about them is true and if they really do deserve all the hype they get. There’s loads of artists that I love and admire, but I want to curate a group that would actually talk to one another and have a laugh; I’ve learnt that SOME people (I’m looking at you Nitcheze!) sure know how to kill the mood… I won’t be making that same mistake again!

Leonardo Da Vinci – I’m definitely inviting him back! We get on like a house on fire and he is FAB-u-lous. He’s really witty and SO quick with his banter – you can tell he’s got a razor sharp mind. He spoke more about his scientific interests in Babylon though, so it would be great to hear more about his art.

Salvador Dali – I know he’s a very predictable and almost cliché choice (don’t tell him I said that), but he intrigues me – I wanna know how much of it is a façade, a character, an act for the public… and how much of it is actually him.

Vincent Van Gogh – Another cliché choice, I know, but like how he found comfort in Wauters’ ‘The Madness of Hugo van der Goes’, I find reassurance and comfort in him. He reminds me that you can still achieve great things in spite of mental health difficulties. I think it would mean a lot to him to know not only that he provides strength to others, but also that he’s considered a ‘great artist’ in the future. He’s always come across as a very lonely man and I think it would be a much-needed confidence boost and support his recovery to have a brew with people who admired him.

Francisco Goya y Lucientes – I think I need to find him at the mid-point of his career – sort of past all the airy-fairy, wholesome paintings he did but just before he gets really, really unwell (late 1810s-1820s, maybe?). I’d like to talk to him about his experiences and how he paints in that very distinctive style of his.

Paula Rego – I’d like to talk to her about her choice of narrative in her work… where’s it from? Why that? Is it for the subtle shock value, or because she wants to explore the blurring of boundaries, or what? I’d like to hear her perspective on things, and if she believes in the concepts and ideas that she portrays.

William Blake – I think with Blake I’d like to put to bed this contention between if he was a creative genius with a vivid imagination or if his imagery was a result of psychosis. Not that it matters, but I’d like to learn more about the process behind his sometimes very haunting works.

Gilbert and George – I really enjoy their work and I can imagine them to really bring some fun to the party. I’d like to discuss with them the ideas and contexts behind their work.

Greyson Perry – I really warm to Greyson and I admire the sensitive and thoughtful way he approaches topics and individuals in that docu-series he did recently. I can imagine he’s right good for a laugh around the table but I also think he would have a lot to say about the contemporary issues that matter to him and about his wider practice in general.

Marcel Duchamp – I get a real sense of mischievousness from him and I admire the balls he had to do what he did. However, I’d like to question him regarding the rumours that Fountain wasn’t of his doing at all, but rather an unknown female artist. He will probably deny it of course, but it would be interesting to see if he squirms or not…
I had also considered inviting Andre Breton, but he’s waaaaaaay too intense for something like this.

Oskar Schlemmer – Oskar was a real influence for me back in my Scenographer days, since he was the resident Bauhaus theatre designer. I’d ask him how he works and how he reached things like the Triadic Ballet. I get the impression he might take himself a teeny weeny bit too seriously, so we might have to offer him a glass of something strong to loosen him up a bit.

Joseph Beuys – Although I don’t approve of him using SO many dead animals in his work (I might interrogate him about where he got them and how they died etc), I really do enjoy his work and his ideas. I would love to hear him talk about his ‘social sculpture’ theories and the impact the war had on him, and engage in political debate and conversation about various things. I can imagine him being the argumentative one around the table, somehow, so we’ll need to watch him!

This is all very male-dominated, which as a female, I am acutely aware. There has been and is a number of strong female artists, yet they’ve been overlooked and underappreciated in a male-dominated field. You’ve got your Fridas and your Georgias and your Marianas and you Leonoras, and even though I greatly appreciate their work, I can’t honestly say they grab me enough to have questions to ask them. And no, that’s not because they’re women (of course it’s not), but because I’m not as acutely inspired by them or are as curious in their life stories; much like your Pablos or your Jacksons or your Naums. I just seem to know and recognise more art created by men. But is that just my ignorance? Because the narrative fed to me has mostly revolved around male work? Because of the social, political and economic limitations set upon women artists throughout history? Because it’s men who wrote the art books? Because even though theres many MANY more female artists and practitioners in the world but it’s STILL the men that get all the glory?
Women slightly outnumber men on the planet, so statistically, if everything is fair and reflective of the world, successful/well-known/household name female artists should therefore also slightly outnumber successful/well-known/household name male artists. But that isn’t the case. Personally speaking, I know more female artists than male artists but it would appear on the surface that the males tend to be doing slightly better for themselves in getting more work, more commissions, selling works for higher prices in better gallery spaces etc etc, all in all. Sweeping generalisation, I know, but it’s just an observation I’ve made. Which is pretty annoying. Same goes for BAME representation in the arts. And disability representation in the arts.
My tea party is very white male dominated but to invite female/disabled/BAME artists JUST because they’re female/disabled/BAME is insulting and positively discriminates against them. It wouldn’t be not solely on the merit of how their art moves me. I am digressing here, but I feel they’re all very valid points. Hmm… this feels like a conversation for another day.

Regardless, these lot are on my initial guestlist, and I feel like I could learn an awful lot from them all in different ways. I would like to put a contemporary piece of work in front of them all, and organise a sort of art school crit – just to see how they would each react since I wonder how much of a product of their time they each are.

I’m not sure on where to host it though… I was thinking about asking Katsushika Hokusai to host us, arranging a Japanese tea ceremony before delivering a printing workshop so we can each create our own views of Kyoto. Blimey, what an exhibition that would be…