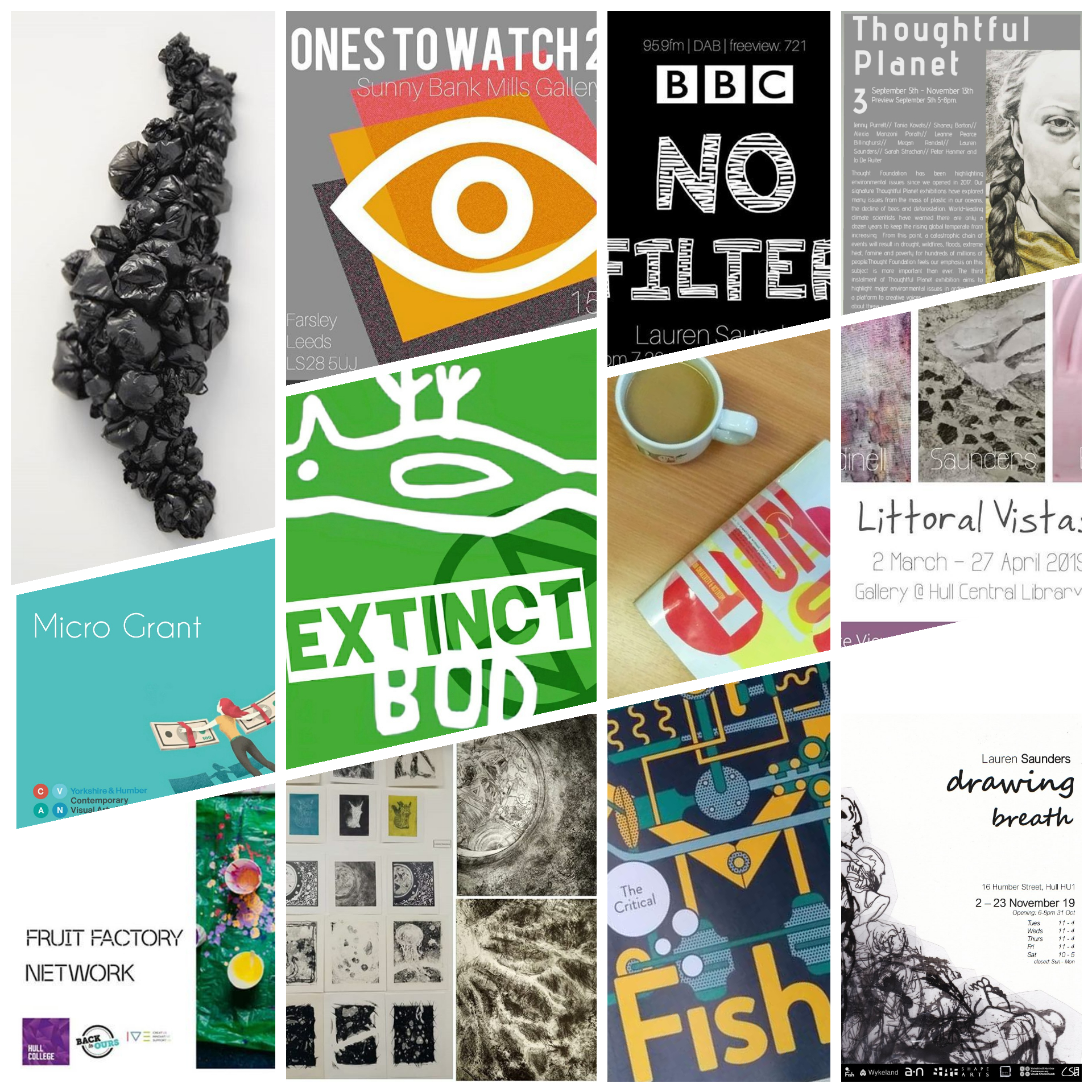 At the end of 2018 I did a round up of the year and shared what I had written. It was both useful and confidence-building to reflect on the achievements and patterns that emerged throughout the year whilst also looking ahead to see what I had to look forward to. I’ve decided to do this again for 2019. As I write this it is actually April 2020 (it’s been a difficult few months, you’ll see why) but I’ll backdate the post to when I’d have ideally posted it! Ahh the beauty of technology, eh?

Let’s go back to December 2018 for a quick recap… I was a recent graduate from the Hull School of Art and Design, I had just been given use of a small shared studio space in Hull, The Critical Fish was just awarded is inaugural funding and I had just received word that I had been successful in my applications to UNION and the Emergence Bursary. I was absolutely BUZZING after a ‘sickeningly’ good year.

Throughout the year there’s been a load of ongoing, professional developmental stuff happening too…

Despite what I’ve listed above, I think I need to slow down in 2020. Getting twatted by a huge mass of metal and plastic makes you think a few things. I need to reduce the pace and spend more time in nature, and in the company of friends and family. Simple as that really.

And that’s that then! What a year!